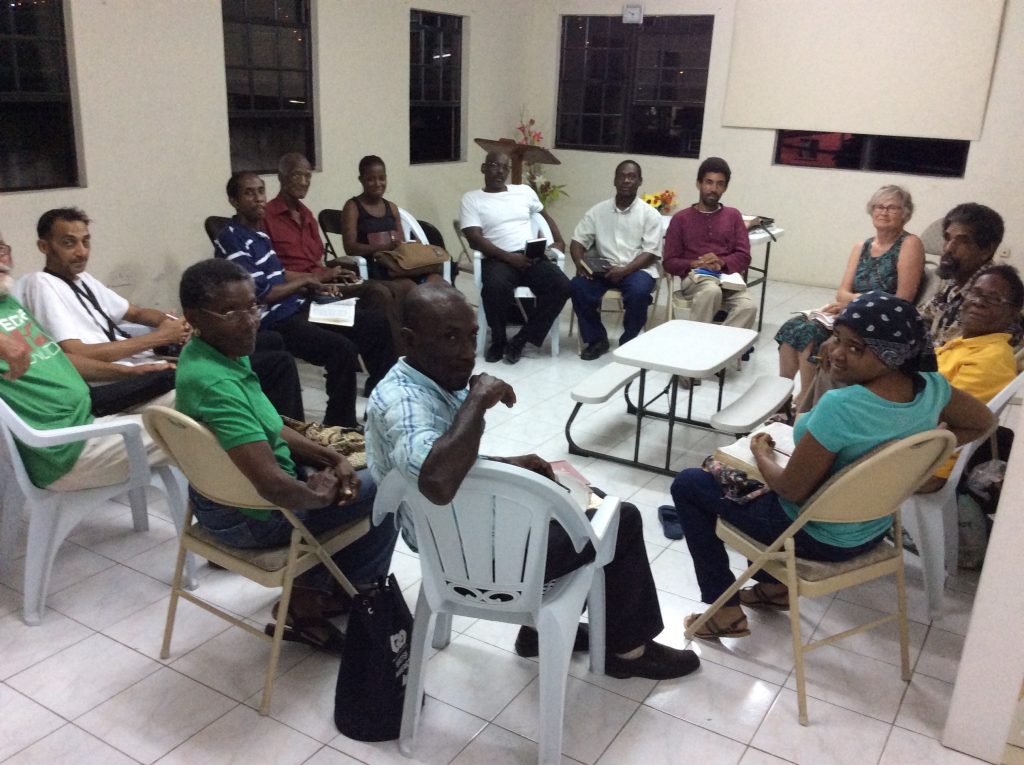 It was a typical January day in Ontario, Canada. Snow! It was snowing when we wakened at 0515. It was snowing when we left for a rather messy drive to the airport. It was snowing at the time we were due to take off (at 0930) and we were still in departure lounge! We boarded the plane a short while later, but it was still snowing therefore the plane had to be ‘de-iced’ (as the saying goes) so by the time we were off the ground we were ninety minutes late. But that is the risk of winter in Canada! However, Brother Andre George and our taxi driver, Keith Philip were at the airport to meet us.

It was the start of a five week visit to St. Lucia. A busy time with plenty of Bible discussions with members of the ecclesia and contacts.  On this visit we focused on the “Bible Enrichment” programme. We had not decided on what topic to base the classes on but a very stimulating book by Brother Stephen Irving entitled “Studies in the Gospel of John” which we had been reading provided the idea.

The first class began with about five visitors attending and the approach was to begin at John 1:1. Rather than getting bogged down with a lot of discussion that would prevent us from preaching the gospel so the approach was to teach as opposed to raising points for discussion. Any question that was raised was quickly answered and if not relevant to the point it was deferred to another time.

The size of the classes grew and by the end we had ten visitors attending and most had been to all the classes. By the conclusion of the eighth class we had reached the end of chapter three. The group said they wanted to carry on and suggested stealing our passports so that we would have to stay! 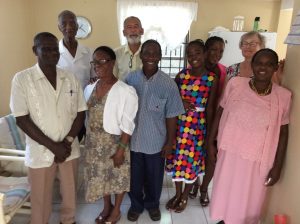 In addition to these classes we presented some videos of lectures on the Middle East and a movie on the time of the Reformation. We were pleased that fourteen visitors came to these presentations.

Then of course there are the exhortations each week followed by lunch and discussions at the CBMC apartment. We were encouraged that one of our contacts came along to all of the memorial services we attended and lunch afterwards.

We also continued (from our last visit) to have baptism discussions with the sister of Brother Eddie Anthony. Jessica’s knowledge of the Bible is growing and we pray that it will bring forth fruit to the glory of God.

The day came for us to return home. But it was a typical winter day in Ontario, Canada. Snow! Yes, the situation was the same as the day we left, five weeks earlier. The outbound flight from Toronto had to be ‘de-iced’ before take off and was therefore ninety minutes late. This delay of course meant that the return flight (the plane and crew go and return on the same day) was also ninety minutes late.  It was well past midnight by the time we were home. We were deeply thankful to our Heavenly Father that our trip was so blessed.

But the work has to continue. We pray that the Lord will send labourers into that part of his vineyard.