Home / About / About The Christadelphians

Who are the Christadelphians?

There must be many people who feel that there is something outstandingly significant about the person and the teaching of Jesus Christ. Yet when they survey “Christianity”, both in its history and its modern forms, they find a wide variety of churches and communities, all with their differing foundations, teachings and practices.

Feeling bewildered by the existence of so many groups claiming the name “Christian”, they may well give up the quest for “the truth” as hopeless. This short page is written to draw your attention to the existence of a community of believers in Christ, calling themselves “Christadelphians,” organised in groups found throughout the world.

Wherever Christadelphians are found they have a fellowship established upon an agreed basis of beliefs. Fundamental to their faith is the principle that what Christ and his apostles taught in the first century was truth, and it is still the truth today. The Holy Scriptures, both Old and New Testaments, are their sole authority. 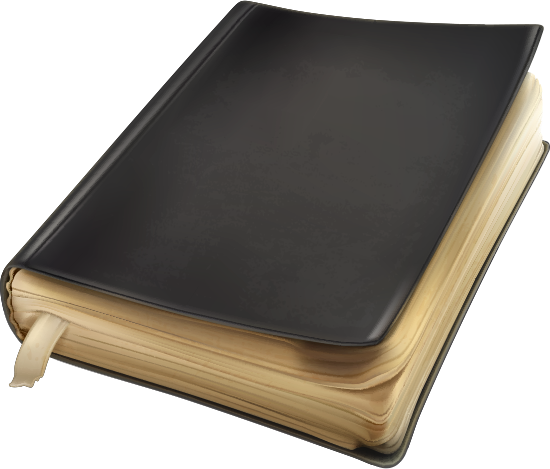 The community has no paid ministry, no robes or elaborate ceremonies, nor has it any “head of church” or legislative council. Ecclesias (the New Testament word for `church’) organise their own affairs, though the pattern of that organization is similar everywhere.

Like the “elders” of New Testament times, members are appointed to manage the affairs of the ecclesia and to preside at its meetings. At the meeting for the “breaking of bread” on “the first day of the week” there are hymns, prayers, readings from the Scriptures and an exhortation. The bread and the wine circulate among all the “brothers and sisters” present. Voluntary collections are taken to meet all the expenses.

If some of the followers of Christ from the first century could attend such meetings, they would immediately recognise what was going on, for our services are patterned on New Testament worship. Like Jesus’ early disciples, they also proclaim his message of life to all willing to hear; they instruct their children and young people in Sunday Schools and Youth Groups; and promote the life of faith and prayer, and obedience to Christ’s commands, among their members.

In the early days, members found that to preserve their identity they had to give themselves a name. “Christadelphians” was chosen because it means “brothers (and of course sisters) in Christ”. It has been used to distinguish the community for more than 120 years. Since 1864 The Christadelphian Magazine has appeared monthly, issued from Birmingham, U.K. It provides informative articles and contains items of news from ecclesias worldwide. Pamphlets and books are also produced for the use of members and their friends. Other organisations throughout the world promote the preaching of the Gospel in areas where the ecclesia is small or non-existent, and there are special committees responsible for preaching the Gospel in other countries. The care of the infirm and elderly has been seen as a pressing need: there are several Homes in various countries. Voluntary contributions are made to help individual members in need.

But why should the Christadelphians deserve any more attention than other groups of “believers”, many claiming to be based on the Bible? The brief answer is this: their understanding of the teachings of the Bible is quite different from that of other denominations.

The difference arose from the conviction of one, Dr. John Thomas, that the teachings he was encountering in “Christendom” 150 years ago did not truly represent the faith of Christ and his apostles. Persuaded that the truth must be sought only in the Bible, he embarked upon a conscientious study of the Scriptures. He made no claim to any vision or personal revelation. He eventually came to an understanding of “the gospel of the Kingdom of God and name of Jesus Christ” (Acts 8:12) which was different in a number of important points from that of the churches and other religious sects. His labours attracted the support of others who were convinced of the validity of his conclusions. This understanding of Bible truths has been rigorously tested by free enquiry for 150 years. The distinctive views of the Christadelphians today are the result of this process.

What is the message of the Bible, and why is it different from popular “Christian” ideas? It arises from the important principle that the Bible must be understood as a whole. It is easy to uphold certain teachings by accepting some parts of the Scriptures and neglecting others. For instance it is popular today to dismiss much of the Old Testament. Yet these documents – the Law, the Psalms and the Prophets – were accepted by Jesus and his apostles as “the word of the Lord”.

The Bible is a unity: the revelation of God for mankind begins in the pages of the Old Testament and is continued and expanded in the New. The “whole counsel of God” (Acts 20:27) is to be derived from the whole book. Christadelphians accept that all of the Bible is the wholly inspired Word of God (2 Timothy 3:16). They therefore read it carefully and regularly. A reading plan, called the Bible Companion, enables them to read the Old Testament once in a year, and the New Testament twice.

There is another point of great importance: if we are truly to understand the Bible, we must be prepared for the fact that it is absolutely frank about all issues, and primarily about ourselves. It is the most realistic book in the world, confronting the stark issues of life without wishful thinking. Human problems, both of the race and of individuals, are realistically assessed. The origin of the problems is explained and so is the solution to them. The Bible is that only source in the world to do this in harmony with the facts of history and of human life.

To learn more, visit the library at www.thisisyourbible.com