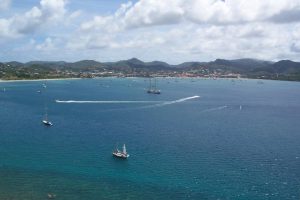 Preaching is always a challenge! Even after many years’ experience it is still a challenge! In the Caribbean country of St. Lucia, Brothers and Sisters have been presenting the gospel for fifteen years. There have been countless discussions with people in an endeavour to turn them “from darkness to light and from the power of Satan unto God” Friendships have been made, contacts have come and gone, and sadly even some members of the ecclesia no longer attend.

For many years St. Lucia was a battle ground between England and France. The small island changed hands fourteen times before it finally became part of the British Empire in 1814. While the island was under French control the Roman Catholic Church became very well established and this continued under British rule. However protestant churches came to St. Lucia during the 19th and 20th centuries and became established. These include Anglican, Seventh Day Adventists; Methodists; Pentecostals; Jehovah’s Witnesses and a few others. 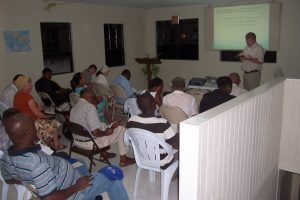 Our discussions over the years with members of all these congregations have centered on the devil and demons. Since most of the inhabitants are ethnically from Africa where the culture is steeped in voodoo and superstition, many people who live in the Caribbean carry these ideas from generation to generation.

We have given a number of lectures (well attended by visitors) and hadmany discussions with people about the devil and (almost) convinced them that Lucifer is not a fallen angel and the ‘war in heaven’ is not about what happened before Genesis 1:2 but is a graphic prophecy of events future to John’s day. But the stumbling block is ‘demons’. People in St. Lucia have ‘seen’ too many occasions when a demented person is apparently cured and are convinced that a demon has left the cured person. We are always looking for better answers to these questions!

One ‘good’ contact who began discussions with a member of the ecclesia a couple years ago accepted the Bible teaching on the devil, but in this visit in early 2014, he argued vigorously that Lucifer is the angel that sinned in heaven and was cast down! Old convictions are hard to dislodge. All too often this man argues from ignorance!

This is a topic that is reviewed fairly often with members to cement into their minds the truth concerning the devil and the work of the Lord Jesus Christ. As the saying goes, ‘it was relatively easy to get the Israelites out of Egypt, but it was quite another thing to get Egypt out of the Israelites’.

Then of course there is also vigorous discussion about keeping the Sabbath day. Many view the Sabbath as being sacred above all days. They maintain that to worship on Sunday rather than Saturday is a mark of false religion.

The author of confusion?

The topic of the “Holy Spirit” comes up quite often in discussion. Many people here talk about the Holy Spirit in their lives. Really what they mean by this is the word of God is in their thinking. To say that it is the “Holy Spirit” as in New Testament times does not fit the situation today. We point out the contradiction, that the Pentecostals say they have the Spirit, but assert that when a believer dies he goes to heaven however. The Seventh Day Adventists who also claim to “have the Spirit” strongly deny this teaching of the Pentecostals. The Adventists say that death is death, the believer is asleep until the resurrection. The same is true for other churches. 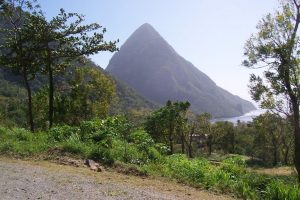 Challenges of a Small Ecclesia

It is not very easy to be a member of a small ecclesia where there are only a couple of Brethren to exhort and give public talks. Every other week an exhortation has to be prepared. Members who are not able to be at the Breaking of Bread because of age or infirmity have to be visited and encouraged. So the question is raised; who will encourage those who encourage? Visitors to St. Lucia can make a great contribution to the spiritual wellbeing of the members and coming for an extended stay really raises the spirits of Brothers and Sisters. Perhaps this is where you can help.

There is great personal benefit participating in active overseas preaching. In discussions with contacts and friends about the first principles you will learn a lot about what the Scriptures say on all these topics. You will be asked challenging questions and have to seek the answers. Then in finding the answers, your faith will be stimulated and grow. You will see things in the Word of God that you have not seen before. Bible truth will be taught to others and your personal faith will be refreshed and strengthen.