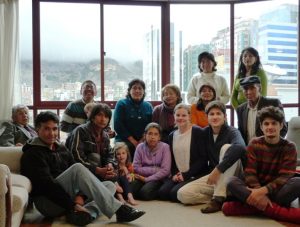 It has been nearly 10 months  since we moved to La Paz, we have had our work cut out adjusting to the culture, learning Spanish and working with the members and contacts.

La Paz is a colorful city, blockades, demonstrations and street parades are all very much part of everyday life here, as well as street markets selling everything from fresh trout to cocoa leaves.

We live in a 12th story apartment in the city. Dallas, our 5 year old daughter, attends a small, all Spanish speaking kinder within a block of our apartment. Zander, our 2 year old son, spends his time in the apartment wishing he was out and running around! Within a few months Dallas was more or less ‘kinder’ fluent with her Spanish and now seems to have no trouble at all with the language, the advantage of learning a language young! 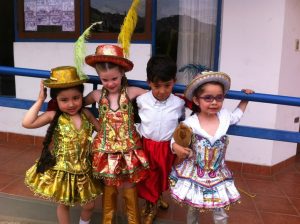 Our Spanish has not been quite as rapid but we can at least now understand most of what is being said and get our message across (eventually), a work in progress!  If only the gift of tongues was still available!  But, having at least functional Spanish is making everyday life like shopping, getting around and paying bills a lot easier and is also essential for preaching, exhortations, classes and continuing to get to know the brothers and sisters better. Fortunately we have a Spanish teacher who ensures that at least all our notes for classes, Sunday school lessons and exhortations are correct! 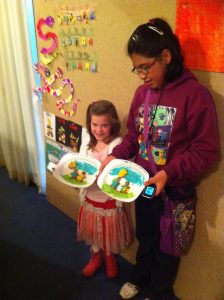 The La Paz ecclesia currently consists of 4 sisters and 1 brother and we have a group of around 8 regular, long term friends that come out almost every week for our public class on Sundays and to any social activity we hold.  Public lectures usually attract a crowd of around 25-30. Being a religious country, though mainly Catholic, interest in the Bible is high and there is as much preaching and teaching work here as you have time for! It’s quite refreshing being able to have a Bible discussion with almost anyone.

The baptized members here always bring along as many of their friends and family that are willing, which is such an example of how valuable their Hope is to them.

On the 30th of November 2013 the ecclesia held the annual ‘Run for the everlasting cure’.  After a short talk on the Kingdom and a prayer for those struggling with illness, we headed off for a walk up ‘Prado’, the centre of town. Clad in our colorful t-shirts, we handed out 2,000 flyers about the Kingdom of God and the hope it provides as well as the correspondence course we offer, followed by lunch back at the ecclesial hall.

With all this interest in the city of La Paz we can only pray that as always, God will give the increase.