Brothers and Sisters Impacted by Cyclone and Storm in East Africa 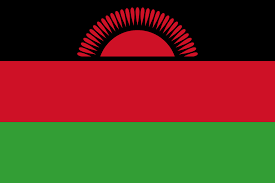 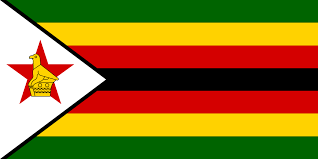 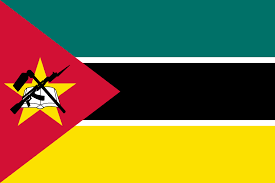 Between January 22-25, Tropical Storm Ana hit Madagascar and then tracked to Malawi, Mozambique and Zimbabwe, leaving a trail of destruction in its wake.

Tens of thousands of people have been affected across this region of Africa, including many of our brothers and sisters in Malawi who live in the south of the country. For them, this storm happened just days after severe flooding across a wide area, which had already caused many homes to collapse and had destroyed hundreds of fields of newly planted crops, affecting over 900 members of our community. The majority of our brothers and sisters in Malawi are subsistence or small-holder farmers, so such extreme weather events are devastating for them.

Last week, before Storm Ana hit, two children belonging to one of our Malawian sisters were washed away when the house they were sleeping in was destroyed by the initial floods. We thank our Heavenly Father that they have since been found alive.

A community hall which was being used as a refuge for many of our brothers and sisters who had been displaced by the floods was then damaged on Monday by the heavy winds of Storm Ana, meaning that people had to be moved to yet another place of safety. To make life even more challenging, heavy rain and thunderstorms have compounded difficulties after the storm’s passage.

As a result of Storm Ana at least 11 people are known to have lost their lives in Malawi and 18 in Mozambique, although the true number of those killed is yet to be fully established. Thankfully so far we have heard of no fatalities amongst our brothers and sisters.

The storm has caused much damage to infrastructure, including washing away main roads, and causing days of power cuts to all parts of Malawi as a result of damage to power lines. This is obviously hampering rescue and relief efforts.

Malawi has declared a state of natural disaster.

Another storm is expected to form over the Indian Ocean in the coming days. Tens of thousands of people across Africa have been affected by this, with more cyclones likely before the end of the rainy season in March.

Please keep our brothers and sisters in your prayers. In 2020, it was calculated that 50% of all Christadelphians live in Africa, and 40% of that number are in Malawi and Mozambique.

We pray for our Heavenly Father’s loving arms to surround those in such desperate need at this time, pray also for those of us who have to make the difficult decisions to know how to help. Welfare help is being sent so we can provide some support in the short term, knowing that the only long term solution to all of this is the return of our Lord and Saviour, to calm all the chaos.

CBM does have sufficient funds at the moment to help, but if you do feel moved to contribute to this, or any other welfare situation, please resist the temptation to send anything direct to our brothers and sisters in Africa. However, any topping up of CBM Welfare funds would be gratefully received, because climate change is now impacting the poorest countries in the world, so this is potentially going to be an annual issue, and a regular call on our funds! It is worth noting that CBM does have well proven processes in place to get help to those who are in genuine need.

Thanks for all your prayers and if you do want to contribute to any assistance please send via CBM welfare marked for “Cyclone Ana”.