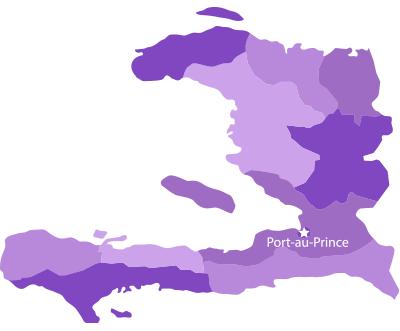 Esmath Sainval was planning to be a Protestant minister in Haiti. He graduated from a seminary in Port au Prince, and began working as an Assistant Pastor. But as he continued his Bible study, he came to the realization that Jesus is not God, the Holy Spirit is not the third person of a Trinity, man does not have an immortal soul, and the future true Christian hope is the resurrection from the dead and being part of the Kingdom of God on earth. The only first principle he needed help understanding was the true meaning of the Devil and Satan, and a Christadelphian website helped him understand Bible teaching on this fundamental.

Esmath couldn’t wait to share his discoveries. People start churches in Haiti simply by finding a space and inviting people in the neighborhood to come. Esmath’s meeting began with family members, and quickly expanded as they brought friends. One of his appeals was that, unlike other churches in Haiti, Esmath spoke out against tithing, maintaining that the gospel should be free. He supported himself with a contract job with the U.N. in Port au Prince. Regular classes were begun using the BASF as a guide and CBMC-supplied French language teaching materials. The meeting began to grow. 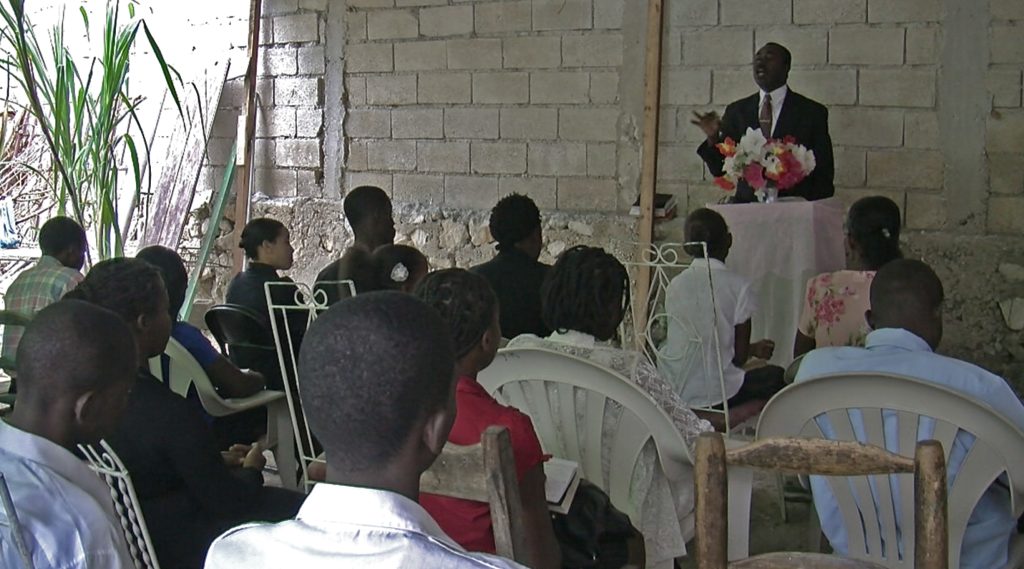 In 2009, Bro. Esmath established a small ecclesia under a canopy in a courtyard. About this time Christadelphian Meal a Day of the Americas (Meal a Day) was established. A friend of one of the Meal a Day directors introduced him to Esmath who, in the aftermath of the 2010 Haiti earthquake, wanted to start a much-needed primary school. Meal a Day began funding a school in 2011, and in 2012 moved to a larger rented building that could also serve the growing ecclesia that now, thirteen years later, numbers more than 125 baptized, with many more attending services and studying.

The PEACE Project in Haiti (peaceprojecthaiti.org) was started by a Meal a Day director to specifically address and oversee Haiti projects. In addition, a separate preaching organization was formed called “Red Wagon Outreach.” The name came from a talk which likened faith to a Radio Flyer wagon that one needs to get into every day and push forward. Only then can Jesus direct the forward movement by creating obstacles indicating a need for a change in direction.

PEACE Project has been tremendously blessed and is building earthquake proof and hurricane-hardened steel buildings for the Meal a Day funded schools. The ecclesia will utilize these during non-school hours. The all-purpose building will seat 350, and will be the base for regular Bible conferences. Many members bring interested friends to church services, and so the Truth is introduced to a growing number of people. 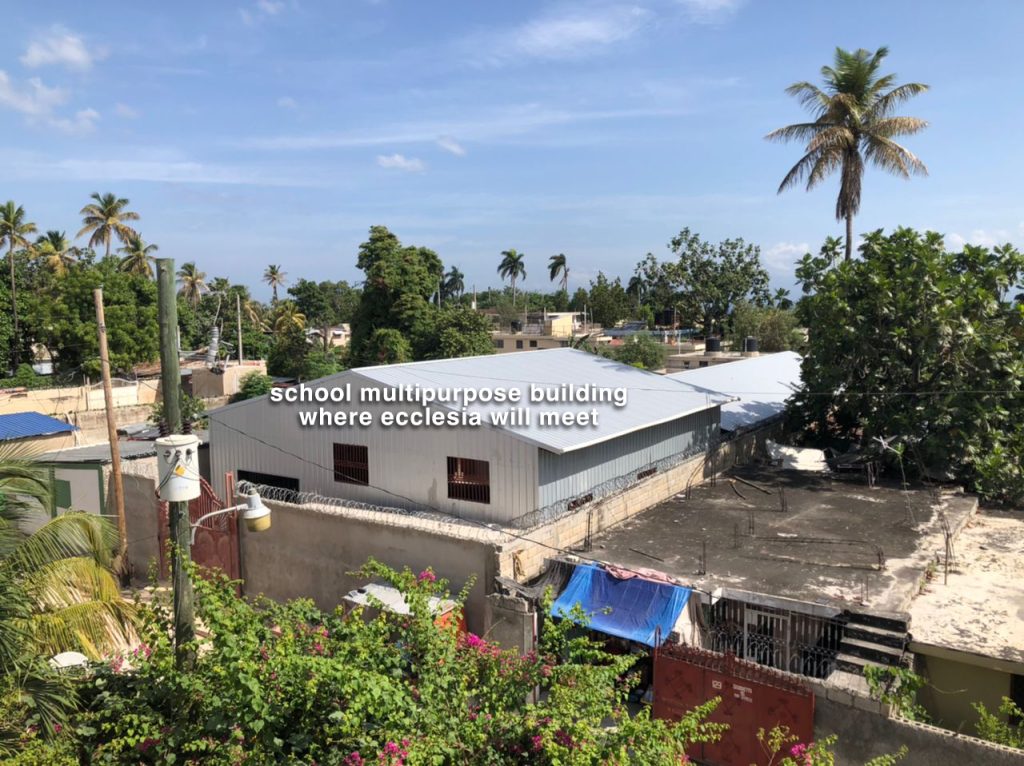 COVID-19 has changed the work in Haiti significantly. Two years ago, Bro. Dave Jennings was scheduled to present a day-long Bible seminar at a local, traditional Christian church in Haiti when the pandemic hit. The trip was cancelled, and the Christadelphian organizers quickly left the island. Two days later the Port au Prince airport was closed for months to control the pandemic.

Following on the heels of the pandemic was a growth of instability in Haiti caused by a weak government and the growing control of the country by well-armed gangs. This makes working in Haiti problematic. But what then of Matthew 25: “I lived in Haiti, and you visited me.”? 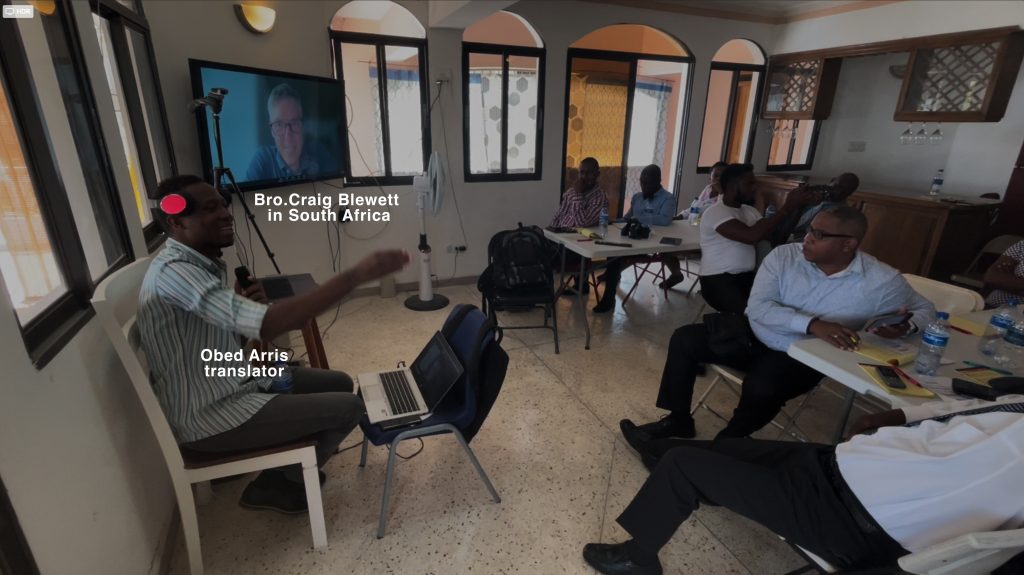 One of the benefits of the pandemic has been the development of the computer program “Zoom.”  Earlier this year, Red Wagon Outreach tested the idea of bringing outside speakers to Haiti through Zoom by holding a two-session seminar to the leaders of four local churches and the Carrefour Ecclesia. Bro. Craig Blewett in South Africa gave two classes on “God’s Master Plan” to twenty-five people in Haiti. The Q&A was particularly well received. The technology worked flawlessly.

On the basis of this successful test, Bro. Dave presented to the Haiti church on August 20, 2022. The presentation was extremely well received, of the one hundred attendees, five people signed up for further contact, and plans are being made for more similar Bible conferences at Carrefour churches that have invited us to present “carte blanche” to their congregations. The CBMC supported this preaching effort and Red Wagon Outreach is hoping that an ongoing relationship will develop. PEACE Project and Meal a Day have developed a great reputation in the community with the three schools supported, an agricultural support program, a vocational school and medical mission trips to rural areas. It is a “touch and teach” model developed in South Africa. As many as five churches are ready to hold Bible conferences with the understanding that Christadelphians can present whatever content we want to their congregations. 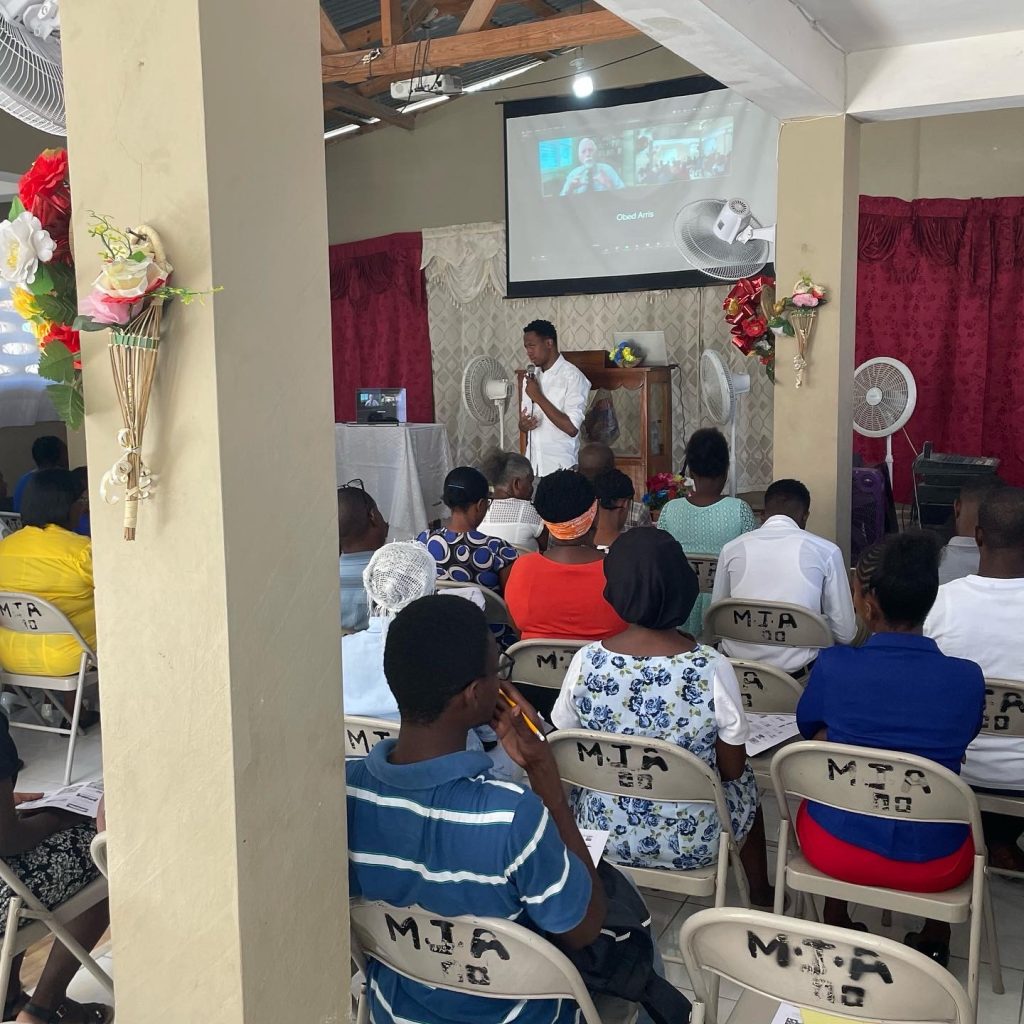 Why are so many people interested in listening to Bible talks all morning in the heat in Haiti? There is usually no electricity in this part of Haiti. Consequently, there are no distractions. The churches have generators so that computers and projectors can be run. Haitians feel the need for God and Jesus in a way we only experience when catastrophes happen in North America. Calamity is a daily experience (or just around the corner) for them. They have a strong need for God and Jesus, with a thirst we rarely see in our prosperous countries. Most of us are getting a taste of the Kingdom now. Haitian brothers and sisters instead struggle daily with survival issues. There is kidnapping for ransom, food and fuel insecurity, health issues and getting any treatment, affordable education for their children (most Haitian schools require tuition), and random gang violence. They truly praise the LORD for His deliverance and sustenance.

Truly the fields in Haiti are ripe for harvest. 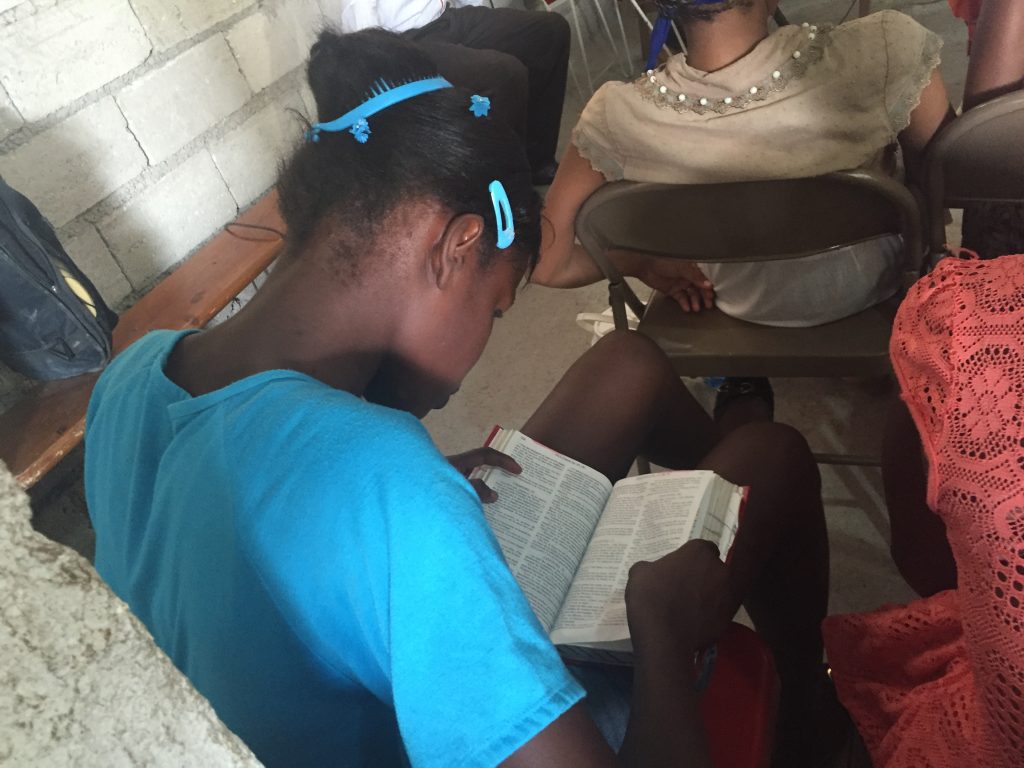