Home / News / We will miss him greatly: Brother Gordon Dangerfield

We will miss him greatly: Brother Gordon Dangerfield 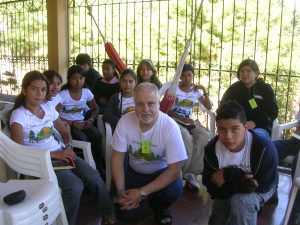 At 7:20 a.m. on Saturday 2 November, in Victoria, British Columbia, Canada, our Brother Gordon Dangerfield fell asleep in Christ. He was born in Adelaide, Australia on the 2nd of July 1946 and was baptised into Christ in that same city on the 4th of April 1965.

Brother Gordon leaves his beloved wife, our Sister Beth and his three children, Sister Leanne, Sister Karen and Brother Mark as well as three grandchildren. Our brother died in the hope of the resurrection and the coming kingdom and because of this we do not mourn as others mourn who do not have a hope.  However, we do feel sadness in our hearts as we think of Brother Gordon.  He lived a life which has left us many good memories.

Brother Gordon was known throughout the worldwide brotherhood for his friendly character, his sense of humour, his Bible studies and talks and his direct and practical advice.  His Bible knowledge was shown equally in Spanish and in English.  He was guided and motivated by spiritual principals which he not only preached but also practised.  He had a genuine interest in others and could talk with people from all backgrounds.  In meetings with young people, formal meetings with the elders of the ecclesia and private conversations with his friends he showed his energy and enthusiasm.

Brother Gordon died of a tumour in his brain.  During the last months this caused him problems in forming words and communicating his thoughts.  The last thing he lost was his capacity to pray to his heavenly Father.  Beth and Karen said a prayer was one of the very final things he said.

Brother Gordon now sleeps in Christ awaiting the moment of the trumpet call, when by God’s grace he will be transformed.

“Therefore, my beloved brothers, be steadfast, immovable, always abounding in the work of the Lord, knowing that in the Lord your labor is not in vain.” 1 Corinthians 15:58