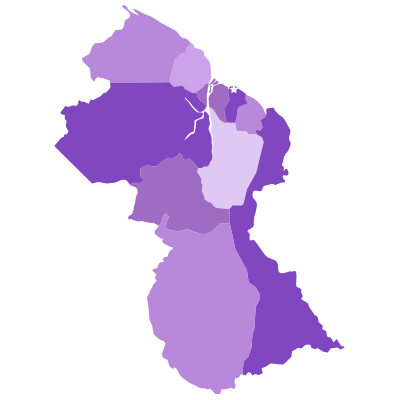 The first part of this article offers some history to this event, while the last part describes what took place this year.

History of the Bible School

Easter week-end Friday 15-April to Mon 18-April 2022, will mark the 50th Bible School being held in Guyana. The first was held in April 1969, at the Eccles Hall under the tutorship of Bros. Norman Mills and Stuart Cowlishaw, who were both from the UK. At this time, Bro. Colishaw was a lecturer at the University at the West Indies in Trinidad. I was then just an 18 year-old from the Bartica Ecclesia up the Essequibo River, migrating to Georgetown to take up a job at the Ministry of Finance.

Guyana Bible Schools are funded and supported by the Christadelphian Bible Mission. Initially, it was the brain-child of Sis. Lorraine Mitchell, supported by the senior Brethren in Britain, such as Harry Whitaker and Alan Hayward, to whom she put the proposal during her first visit there in 1953. Back then, there was only one CBM, and it operated out of Britain. Since then, the need to proclaim and support the gospel effort word-wide has gone through the roof, so to speak, and now by God’s grace, we have not only CBM- UK, but CBMC operating out of Canada, and CBMA… out of the United States. There is also ACBM… out of Australia, which handle affairs in Asia, the Far-east, and the South Pacific.

I was most excited back in 1969, at that first Bible School because it was the first occasion I had witnessed such a setting of deep Bible study for rank and file members. This sort of thing was usually reserved for the clergy of other denominations, not laymen like us. This is beautifully peculiar about our Brotherhood. Both our Brethren and Sisters alike come together and pour over the Word of God for days. In those days, the Bible School lasted 7 days! Not like today, a mere 4 – from Good Friday to Easter Monday. Then, as now, the School alternated between the counties of Demerara and Berbice, with the local branch of the UK based Auxiliary Lecturing Society (known as the Christadelphian Auxiliary Lecturing Society Guyana) taking particular responsibility for framing the programme. The home ecclesia led in executing the logistics, such as accommodation of visitors, providing of meals etc. Sisters were, and still are allowed to ask any question, even and straightforward with the Brethren, and many times, we indirectly learned quite a lot from their scholarship!

Those who are mathematically inclined may be wondering how we can arrive at 50 Schools, counting from 1969.  Well, the short answer is that due to then demanding circumstances, a few years were skipped in the 1970s, as well as 2020, when the Coronavirus kicked in. But, as you may observe, these circumstances did not in any way halt the practice of our meeting annually over the Easter holiday, as we still do today.

The 2nd year, 1970, we welcomed Bro. Ben Perryman of Bournemouth, England, as our main speaker. The year 1971, was a blank, meaning there was no school. I cannot recall the reason. In 1972, and onward we had such stalwarts as Wilfred Ali, Alan Eyre, Arthur Green, Ron Abel, Alan Fowler and countless others… Some of them were medical doctors and others of PhD scholarship which added to the already high standard of Biblical enquiry.

From 2013 to the present, we have been led in study by such Brethren as: Ted Sleeper – our immediate past Linkman; Mark Carr – our current Linkman; Tyrone Smartt and Rafeek Soolaman – old boys of the soil as we may say; Stan Owen – author of Into all the World; Steve Palmer – who is one of our speakers this time around; Duncan Heaster – who has led the charge into the Ukraine at the border; Clive Drepaul – an old head from the New Amsterdam Ecclesia; and Kitson Reid of Birmingham, UK.

This year, we were most happy to acquire the services of the following very able Brothers:

Special provision was made on the programme for evening activities on Friday, Saturday, and Sunday. The regular daily programme commenced at 9:00 AM and closed around 3:45 PM. However, thought was given to hosting special features in honour of the Jubilee occasion. These took place between 7 and 9 PM:

They each gave us their perspective of the growth of the Truth in Guyana during their own tenure and filled in the vital gaps in the knowledge of us younger ones.

It was comforting to be able to share such jewels with the many Brethren, friends, and young people that attended. Each and every session was populated with between 100 – 125 screens via the Zoom platform, which easily translated to about 200 viewers.

Each day, the programme made adequate allowances for lunch and refreshment breaks, during which testimonies were given by several of the elderly which only added as sources of further comfort and enlightenment to all.  A once in a lifetime experience indeed! May our loving Heavenly Father shorten the days unto the coming of His glorious Kingdom.