Home / News / The Truth Continues to Spread in Mexico

The Truth Continues to Spread in Mexico 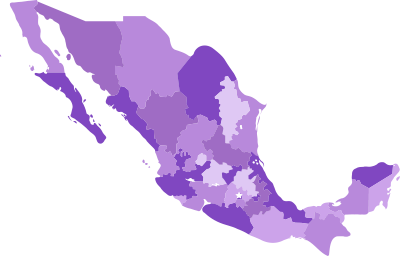 Located approximately 90 minutes outside metro Guadalajara, near the banks of Lake Chapala, is the city of Ocotlan. It is much quieter than the hustle of Guadalajara, even though it has over 80,000 inhabitants. For the past two years, Bro. Sergio and Sis. Oli Lomeli Medina have been faithfully  preaching in this town and the Truth has taken hold in the hearts of many men and women. Each Sunday, meeting at a home provided by Bro. Manuel Hernandez Rodriguez, there are about 18 adults and upwards of 25 children that attend services. Bro. Sergio, Sis. Oli and Bro. Manuel have received steady support from the Guadalajara Ecclesia during this time, providing classes, exhortations, literature and the introduction of Truth Corps this summer.

Truth Corps arrived in Ocotlan the week of July 7th to accelerate awareness of this satellite meeting of the Guadalajara Ecclesia. During the week, over 20,000 handbills were distributed to advertise for a series of public Bible talks on the Prophecy of Daniel and the Kingdom of God. There were also radio spots and mobile car announcements (a service where an announcement is played by a car with larger speakers driving around the city!).

Bro. Sergio gave addresses on both Friday and Saturday evenings. On Friday, a children’s carnival was held next door for those in the community.  We are pleased to say that 17 attended the public address on Friday and 8 new students also came out on Saturday. Also, there were over 30 children at the carnival. Sis. Oli provided the children with a lesson on Daniel at the conclusion of the carnival. 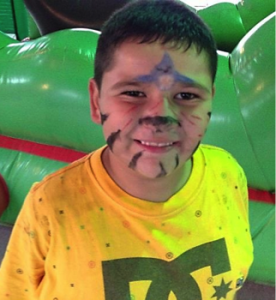 The Ocotlan group meets each Sunday in Bro. Manuel’s home, which accommodates a meeting room for up to 30 adults and Sunday School facilities for the same number.  Currently, there are 18 regular adult attendees and nearly 25 children, many of which are from Bro. Sergio and Sis. Oli’s extended family.  We hope that many of the new friends from the public talks will be coming now too. 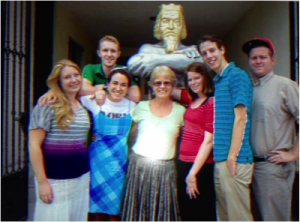 The Ocotlan brethren  will continue the outreach in the city, with the hope of creating a new ecclesia.  We thank the Lord for his rich blessings in this effort. A special thank you to the Guadalajara Ecclesia for their support of this important work.

While the Truth corps team was not able to communicate directly with most contacts due to language differences, the team nevertheless made a significant contribution. Their hard work canvassing was critical and their enthusiasm was of great uplift to the brothers and sisters in Mexico.