Home / News / In which I am amazed

In which I am amazed 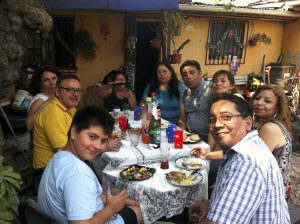 According to my guide book, over a third of the 16-17 million Chileans live in Santiago, the capital. It is a booming metropolis nestled between some pretty large mountains, aka the Andes, and a fascinating combination of 400 year old churches and modern skyscrapers. It boasts some pretty fantastic public transportation, including and extensive bus and metro system.

I had the privilege of visiting the ecclesia Santiago de Chile at the beginning of this year for just under a week. I don’t know who laughed more, the brethren and contacts or I, at the number of times I exclaimed just how similar Santiago is to Southern California in so many ways. One of the first is the freeways, which rival LA freeways in size and scope, except with a little less graffiti than downtown. Another was the climate, with warm, dry days and cool nights, as well are typical to the irrigated semi-desert of Southern California.  By far the most startling appearances were the companies; shopping malls filled with brands such as Apple, TGI Fridays, Nike, and many others. 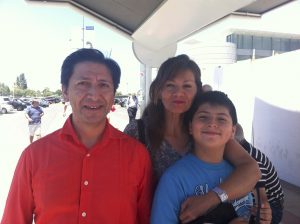 However, the real thing that constantly amazed me about the similarities between the country of my birth and this land I’ve never visited was the connections instantaneously formed with those of such a precious likeminded faith. When I arrived, one of the sisters was there to pick me up and take me back to her house, and treated me with all the care of a queen. The ecclesia met during the weekend for a meal and breaking of bread, and I became part of the gregarious, loving and slightly chaotic thing that is a family. When we studied the scriptures together using the daily readings, we were all reminded together of that hidden pearl.  That treasure so great that to give all of our life to it is merely our reasonable service. I was heartened to be reminded, yet again, that the message of the good news of the coming kingdom transcends all nations, peoples, tribes, and tongues. That the message of the messiah has power whether you are rich or poor by the world’s standards, educated or uneducated, whether you live in the shadow of hundreds of Catholic cathedrals hundreds of years old or in the shadow of the mountains of sub-Saharan Africa, or in the shadow of generations of Christadelphian forefathers. 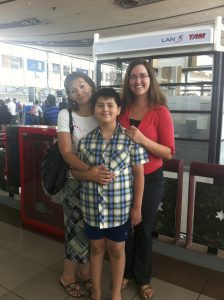 Also quite surprising to me was the thankfulness of the brethren for my short visit. “Why are you thanking me?” I wonder. “You are the ones who housed me, inspired me with your stories, made me to feel so welcome, shared with me your lives and are the ones who continue to teach me more and more what it is to be a disciple of the master in so many diverse places.”  My thanks should go to them, for their selves and their heart.

“But we have this treasure in earthen vessels, to show that the transcendent power belongs to God and not to us.” 2 Corinthians 4:7