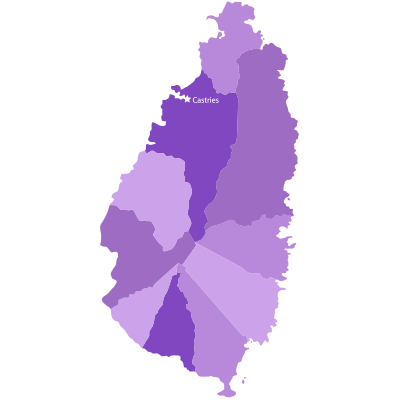 The month of October 2016 was indeed a spiritual blessing from our Heavenly Father!  The Jamaican Brotherhood was encouraged with overseas support from Brother Don Luff of Ontario Canada, Brother Nigel & Sister Devonna Small from New Jersey USA and Brother Andre George from the Caribbean Island of St. Lucia.  We are thankful that Hurricane Matthew, which threatened to cause serious damage to the Island October 2nd to 4th, veered east of Jamaica, allowing the efforts of our visitors to go forward.  We were saddened though at the resultant devastation from Matthew in Haiti and areas north of us. 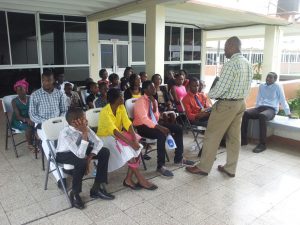 Brother Luff (CBMC Jamaica linkman) attended the October 1st CBMJ Quarterly Meeting, assisting with plans for 2017 – as well as visiting members during his week-long stay, in Spanish Town, Port Maria, Port Antonio and May Pen for Breaking of Bread Services and Bible Study.  Brothers Nigel and Andre ministered the Word to the adults and teenagers at the Heroes Day Fraternal on October 17th.  The talks on the theme of ‘The Prize of the High Calling’ were dynamic and enthusiastic, and the discussion groups lively!  Brother Nigel’s subject was ‘The Hope of His Calling’ and Brother Andre’s ‘Worthy of His Calling’.  Brother Nigel also gave a special talk to the many young people who were present.  The almost 100 in attendance at the GC Foster Sports College near Spanish Town, enjoyed an uplifting day of worship, fellowship and praise.  Here is one of the many comments we heard regarding the Fraternal – “Both speakers were excellent and demonstrated great enthusiasm for the word and our Lord.  It was a blessed day, well spent with brothers and sisters.”  The accompanying photos are of activities at the Fraternal. 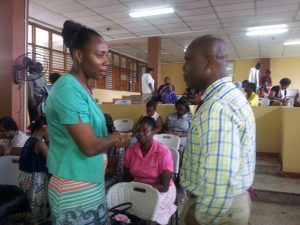 During their week on the Island (Oct. 14th to 21st), the Smalls also ministered to members in Port Maria, Port Antonio and May Pen areas – Brother Nigel provided very inspirational Bible Study while they were hosted in several members’ homes.  Brother Andre was in Jamaica for about 3 weeks (Oct. 14th to Nov. 4th) – and during his travels around the Island, he diligently expounded the Word.  Members from May Pen, Spanish Town, Kingston, White Horses, Port Maria, Port Antonio, Broughton, Argyle Mountain, Harvey River, Mount Pleasant and Round Hill benefitted from his efforts by means of exhortations, Bible studies, public lectures and home pastoral/Breaking of Bread visits.  The CBMJ welcomes such helpful support in Jamaica, and thanks the CBMC for making these arrangements.  The CBMJ also thanks members for their hospitality while hosting the visitors and for assisting with the necessary transportation.  Plans are underway for the March 1st Ash Wednesday Fraternal, as well as for the 4-day Easter Weekend Youth Camp – and we look forward to more overseas support provided by the CBMC.

We are saddened to report that at the age of 96, Brother Charles Gordon of the Harvey River Ecclesia, fell asleep in the Lord on September 19, 2016.  He was baptized in October of 2008, but sadly due to poor health had not been able to attend meeting for several years.  He is at rest now, waiting for the resurrection call, and the promise of a new, immortalized body – free from the weaknesses of the flesh.  This leaves 5 active members in this ecclesia, who faithfully meet to remember their Lord.